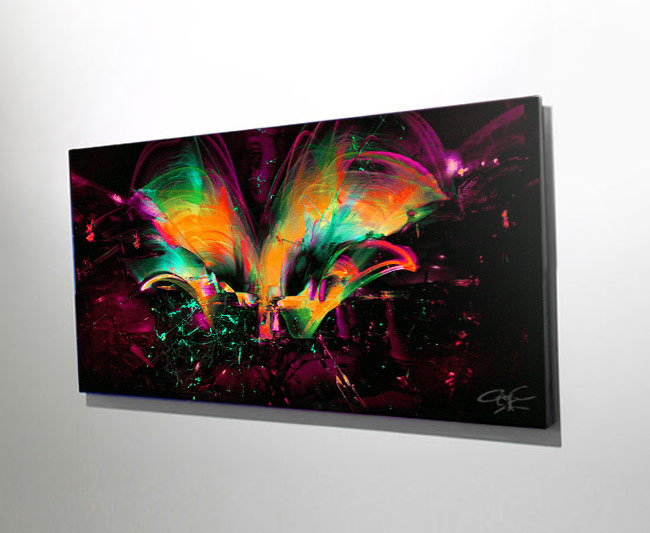 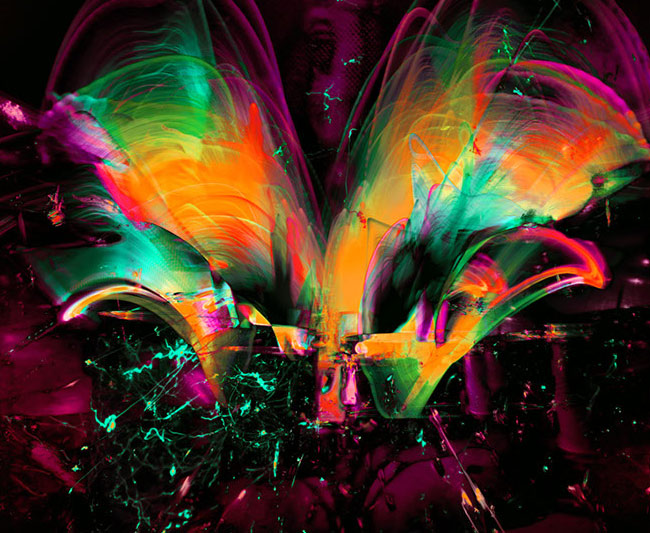 A visual tribute to the Blast Beat, Hoglan's movement are carefully timed and in-sync, resulting in this bombastic visual. Viewers will note hints of Gene in creation toward the top center of the work.

Measuring 30"x 18" on canvas, there are a total of 50 pieces in the edition. All are numbered and individually signed by Gene Hoglan. All ship with SceneFour Authenticity Certificates.