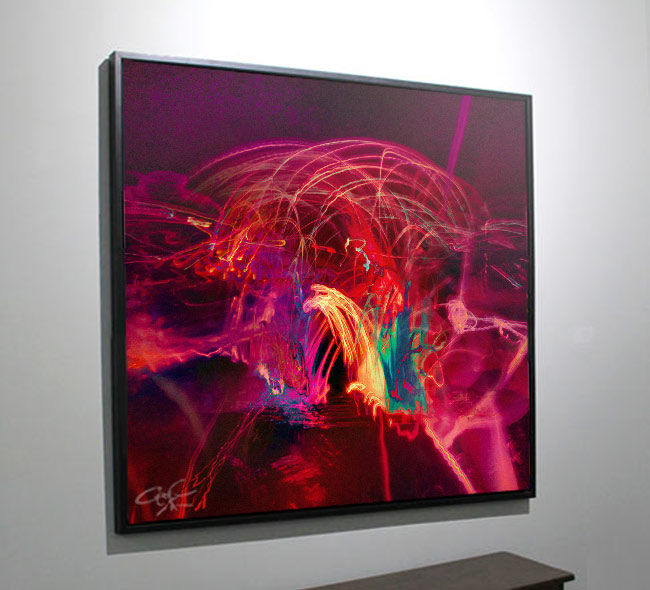 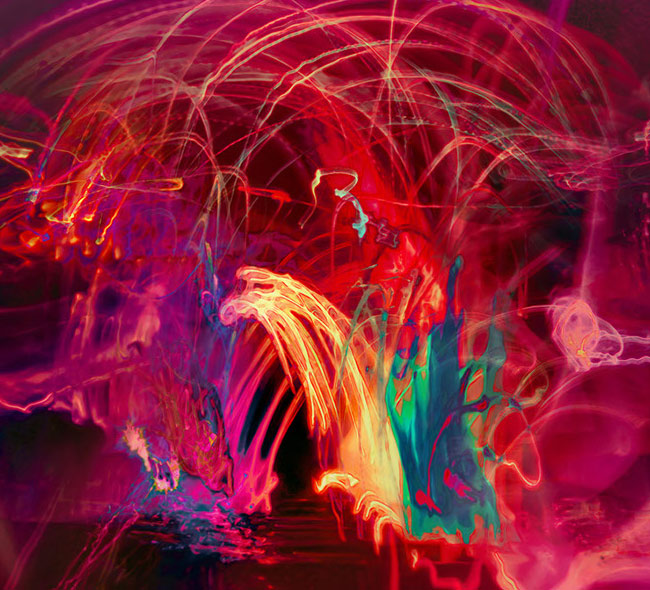 An explosive drum performance resulted in the visual seen within Synaesthesia. Hoglan's choice of colors in the work are also ambitious, as red, magenta, blue, purple, orange and green can be seen within the piece.

Measuring 30"x 30" on canvas, there are a total of 35 pieces in the edition. All are numbered and individually signed by Gene Hoglan. All ship with SceneFour Authenticity Certificates.