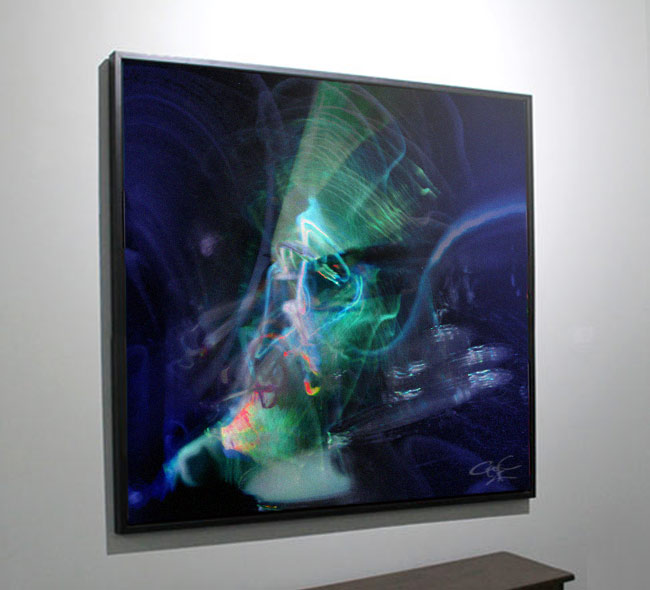 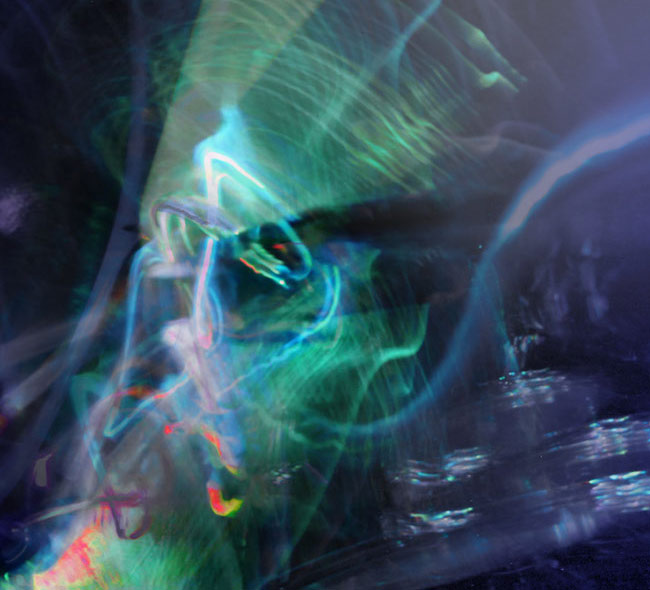 With a color palette of green and blue, with little flares of red and yellow, Nefertiti has an ominious and abstract feel to the work. Viewers will note the appearance of Gene's snare in the bottom of the piece, as well as the toms to the lower right side of the visual.

Measuring 30"x 30" on canvas, there are a total of 35 pieces in the edition. All are numbered and individually signed by Gene Hoglan. All ship with SceneFour Authenticity Certificates.